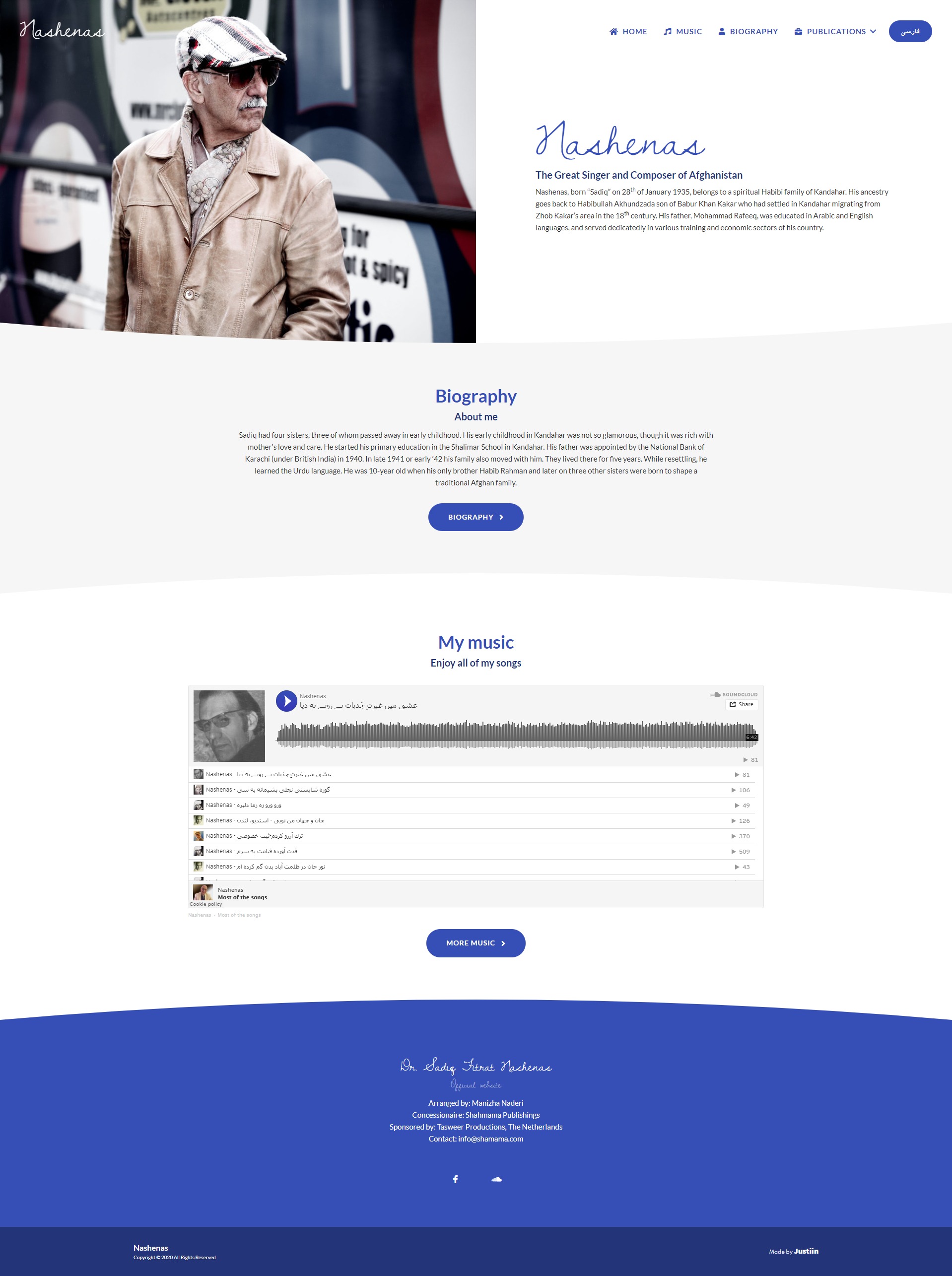 Nashenas, born “Sadiq” on 28th of January 1935, belongs to a spiritual Habibi family of Kandahar. His ancestry goes back to Habibullah Akhundzada son of Babur Khan Kakar who had settled in Kandahar migrating from Zhob Kakar’s area in the 18th century. His father, Mohammad Rafeeq, was educated in Arabic and English languages, and served dedicatedly in various training and economic sectors of his country.